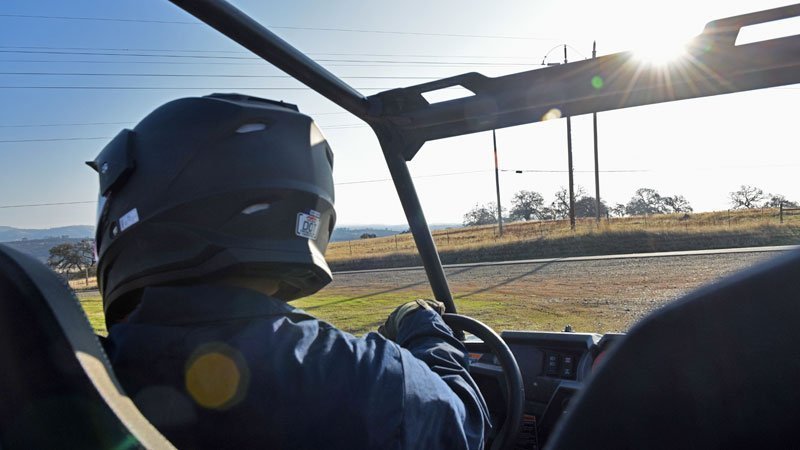 As UTV ownership continues to climb, manufacturers are working to increase their offerings to meet the needs of an increasingly diverse group of riders. Side-by-Sides are no longer just for the farm or job site.

They can be purely for recreation, utility, or some combination of the two. Not only are there multiple categories now for UTVs, each model may have different engine combinations and premium or limited edition packages with a host of unique features.

Electronic power steering, or EPS (DPS if you own a Can-Am. DPS stands for Dynamic Power Steering), is found on many UTV models, though there are still quite a few that are available without this nifty feature. Practically everyone is accustomed to power steering in their automobiles, as that’s pretty much a standard feature across the board now.

More and more UTVs are coming with this feature from the factory, as the demand for EPS equipped models continues to increase. There are still many people that are new to the off road sport and may debate endlessly over power steering or non-power steering. For those not familiar with EPS, there are some things that you should know.

EPS: How Does It Work?

Many EPS systems have a computer module that can adjust the level of assist from the electric motor, depending on driving conditions. For example, during low speed, technical conditions, the system will provide more assist to make steering easier and reduce feedback. Higher speeds would have less assist, as steering is easier at higher speeds, even without EPS.

Side-by-Side manufacturers all have their own EPS systems, but the basic design premise is the same. Some manufacturers use additional sensors for a more active EPS system that can adjust based on a number of factors.

Honda uses this type of system and while it works very well, it’s almost impossible to install after purchase. Meaning you would need to buy a machine that has EPS from the factory. Others have simpler designs that can be added later and there are also aftermarket kits that can be installed on non-EPS equipped UTVs.

Do You Need EPS?

4wd increases steering effort significantly, but with power steering, you likely won’t notice a difference in steering difficulty, even at low speeds. Things like rock crawling in 4wd are possible without EPS, but it does take some strength to accomplish.

Whether or not you need EPS is rather subjective. It provides less steering effort, so those that have physical limitations should probably opt for an EPS equipped UTV. Those that do a lot of slow speed driving will also benefit greatly from this system. If you drive faster and have the strength to work the steering wheel, you could probably get by without it. With that being said, there are very few people that regret getting EPS and quite a few that end up trying to add it later.

Are There Negatives To EPS?

It’s really hard to find any negatives to having EPS on your Side-by-Side. The most obvious would be cost. EPS equipped models are more expensive, which can be a hindrance for those on a budget. There are some cases where you have to upgrade to a premium or limited edition model, which may include features that are unwanted and a much higher price tag, further complicating the matter.

The addition of EPS also adds another component that could fail and require replacement. Many people want to keep things simple, thus reducing the chance of any type of failure out on the trail. It’s important to note, however, that should your EPS fail during a trail ride, you still have the ability to steer the machine. There’s still a direct connection between the steering wheel and the steering rack at the front of the machine.

Which Models Have EPS From The Factory?

Every major manufacturer has EPS equipped models. In some cases, even the base model has it. Other times, you have to move up to a more expensive machine. Below is a list of UTVs that come standard with EPS from the factory.

SEE ALSO: How to get more Horsepower and Torque from your SxS

Is EPS Worth It?

There are a multitude of UTVs that come equipped from the factory with EPS, so practically anyone can find something that suits their needs. It’s hard to argue against the benefits of EPS and manufacturers are making this a standard feature on many of their newer models. UTVs may very well follow the same path as automobiles, with power steering standard on every model.

For now, there are still plenty of non-EPS equipped models to choose from. Though, if you’re in the market for a new UTV, you should at least test drive an EPS equipped model. These are big and heavy machines and you might be surprised at just how much of a difference power steering makes.

EPS is not necessarily an easy or cheap addition later on and it seems that most Side-by-Side owners would agree that the benefits of EPS are worth that additional up-front cost. It simply makes driving your Side-by-Side easier and more enjoyable.